Skiing brought them together, creating a friendship that has lasted for over 20 years. It has carried them from their roots as alpine racers into the world of freeskiing superstardom.

Featuring candid interviews with their peers, the film aims to explore their idealistic approach to skiing. The story comes to life with classic archival footage, mixed with new journeys and epic ski footage, covering a long and remarkable life at the forefront of the big mountain ski scene.

But despite their obvious success and stardom the most prominent impression of Kaj and Sverre are that of two friends having as much fun as possible. Together.

Check out the film on Vimeo. 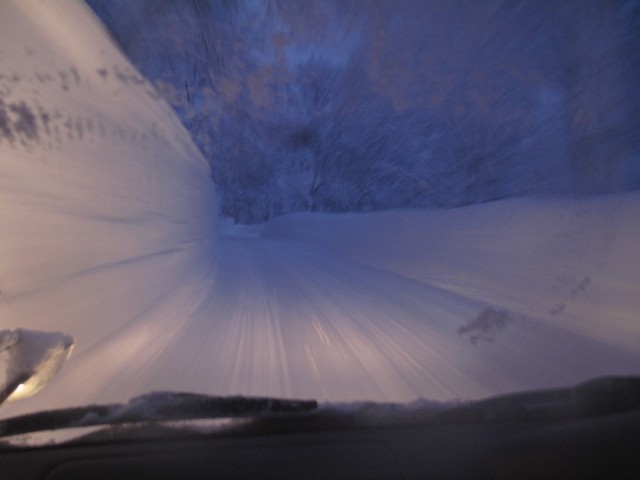 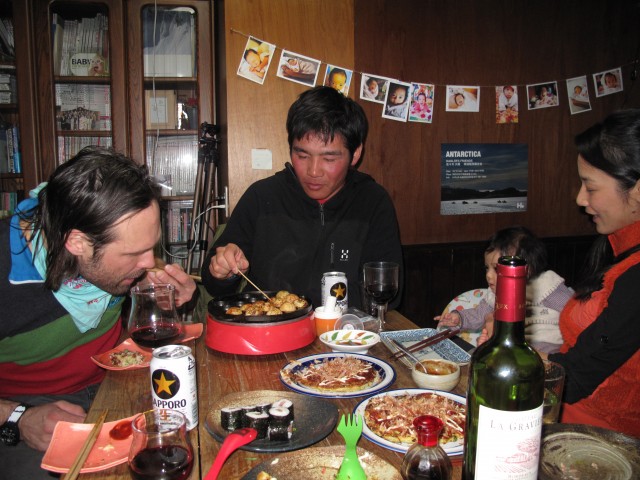 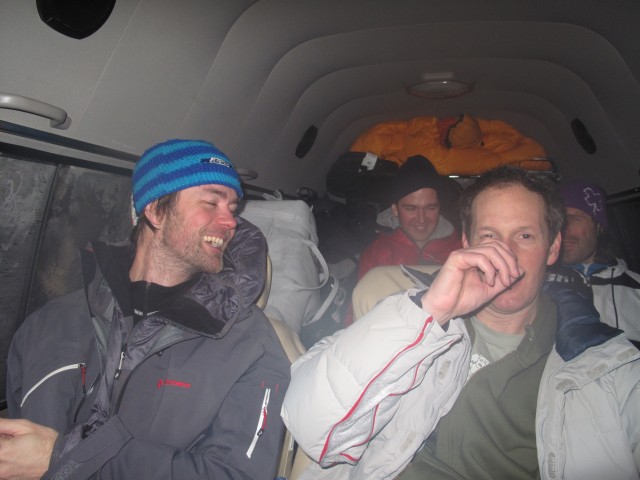 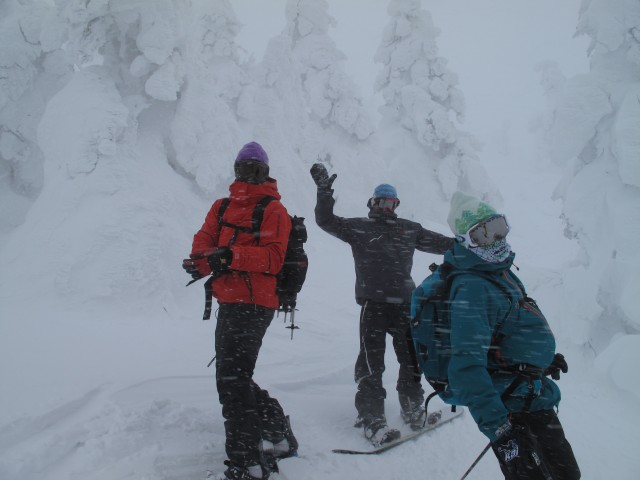 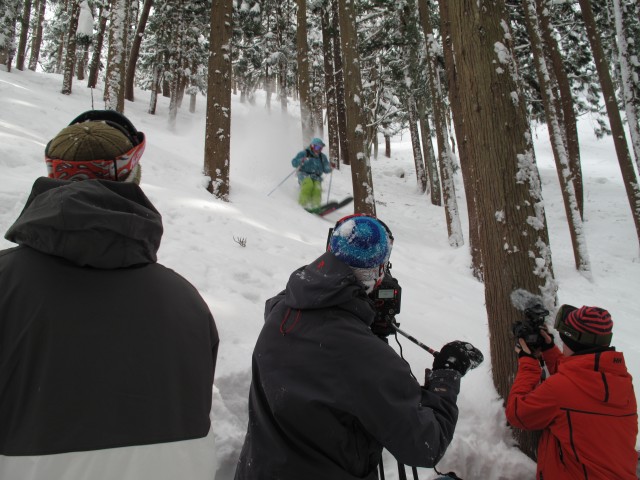 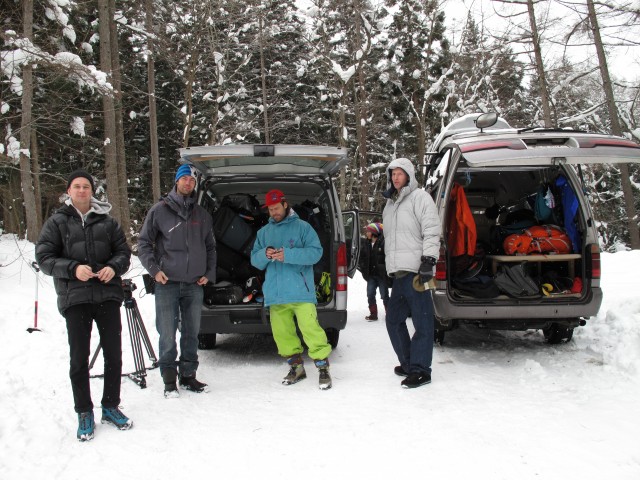 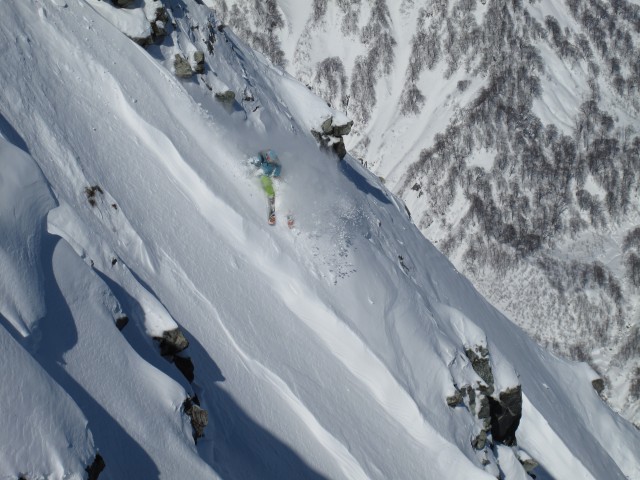 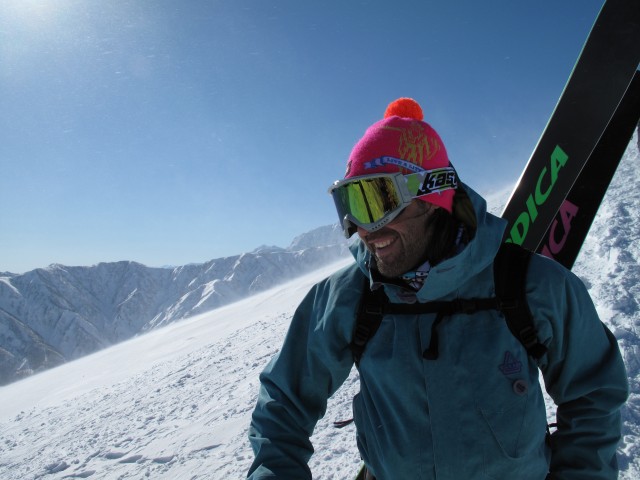 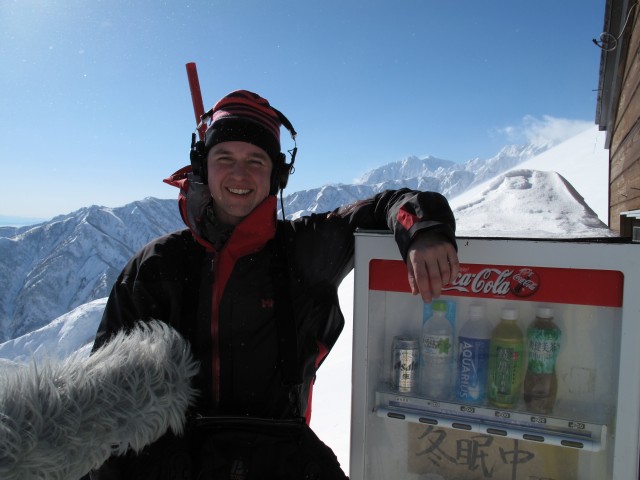 Shooting in Japan with the crew of a lifetime! We spent 14 days on location, going from Tokyo to Sapporo.

A door to the past.

It was a couple years into the new millennium when a low-key Norwegian entered the motley industry of ski movies. In a world dominated by exhibitionists doing whatever it took to get their fifteen minutes of fame, Henrik Rostrup snuck in through the back-door. Not with cap in hand, but with a camera, an eye for detail and a burning desire to create something different.

After several well-received productions, both from his own Push Films and in collaboration with others, he teamed up with Kris Ostness in 2005 to release Teddybear Crisis. Suddenly the low-key Norwegian was at the epicenter of the industry, hailed by critics and the general public alike. Everyone wondered when the long-awaited sequel was coming. Never, it turned out. And the man—considered by many as the future of ski-movies—moved on to other goals.

Together with Swedish duo John Lundberg and Mats Olofsson, Rostrup started Pixl Family, a production collaboration where he could put his creativity to work on everything from death metal videos to commercials for consumer electronics and vodka. Despite an obvious talent for filming, his focus was now on editing and directing, production in its most active incarnation.

But when Kaj Zackrisson and Sverre Liliequist came to Pixl Family with an idea for a different kind of ski movie, the door to Rostrup's past opened again. And even if the whole company would of necessity be involved in the production, the old ski-movie producer would take overall responsibility for the final result. A huge effort commenced, where film clips from two of the longest careers in the business had to be sourced, sorted, selected and edited. The original idea of a movie comprised of the pair's best skiing from each season was eventually put aside, and the work of combining documentary elements and raw action started. That's when Rostrup and the rest of the team realized the amount of new material required was greater than initially planned.

But after two years of gathering old footage, travelling to new and past destinations for contemporary shots, and the tedium of editing, Très Bonne Equipe was finally finished. With this vivid chronicle of twenty years of friendship, and an even longer love for skiing, Henrik Rostrup leaves another unforgettable impression on that snowy world he once left behind. Hopefully, this time, he's back for good. 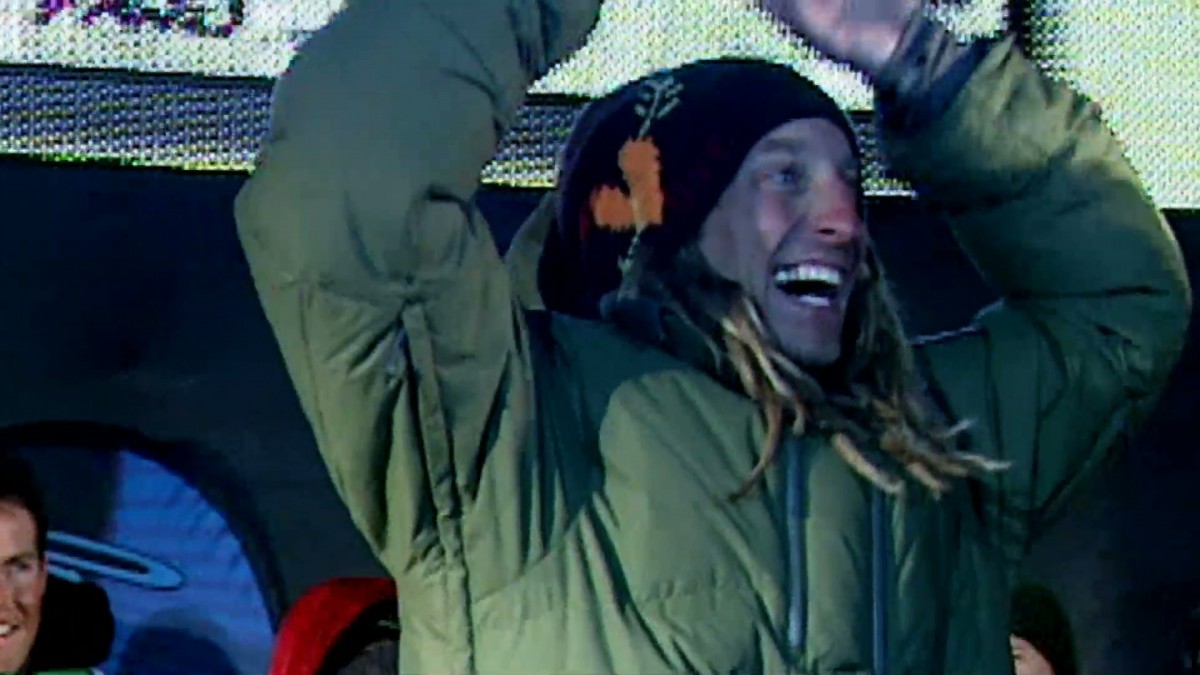 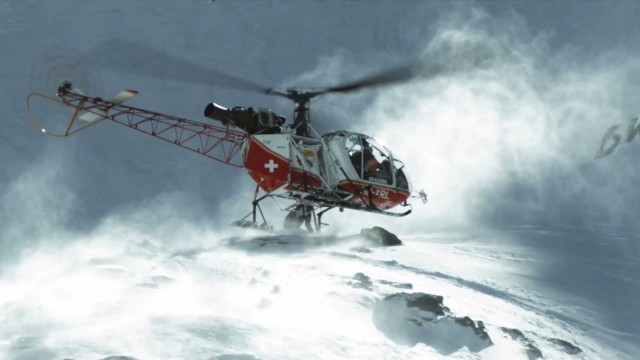 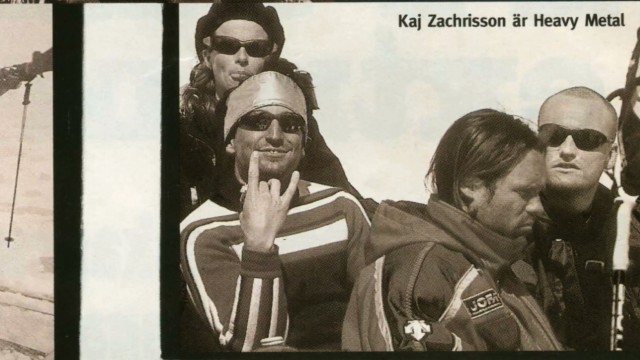 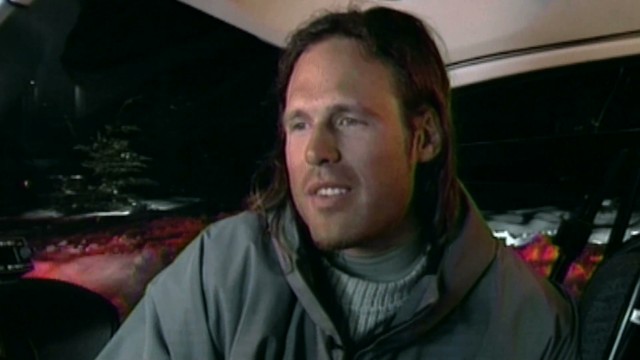 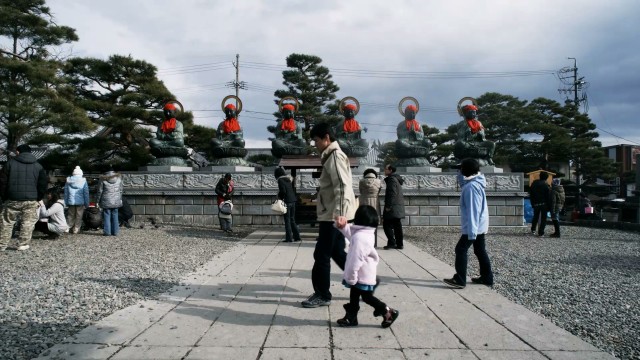 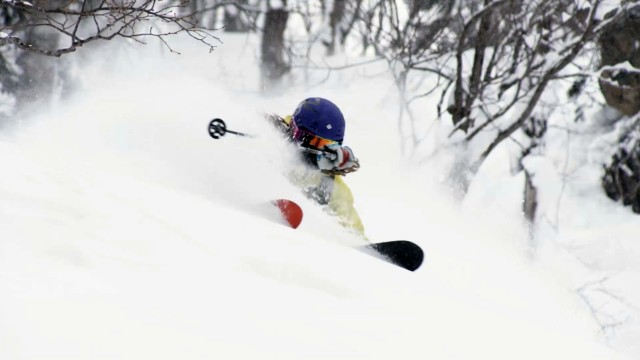 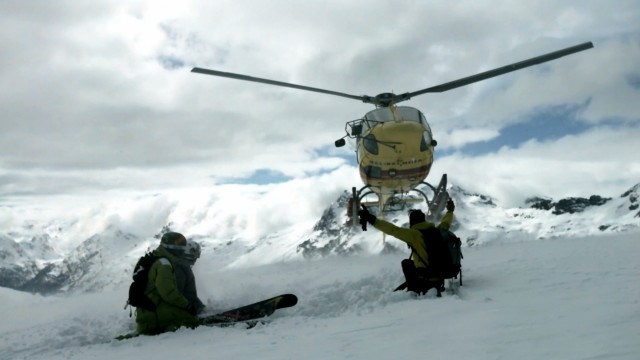 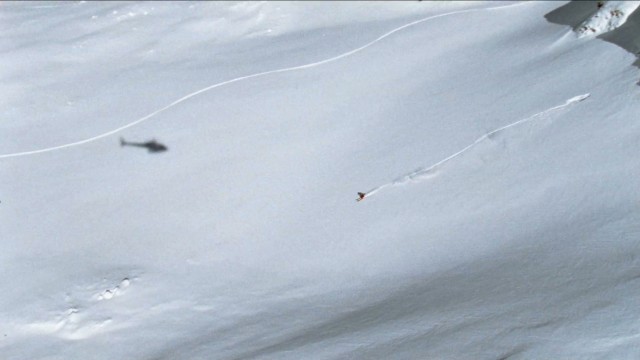 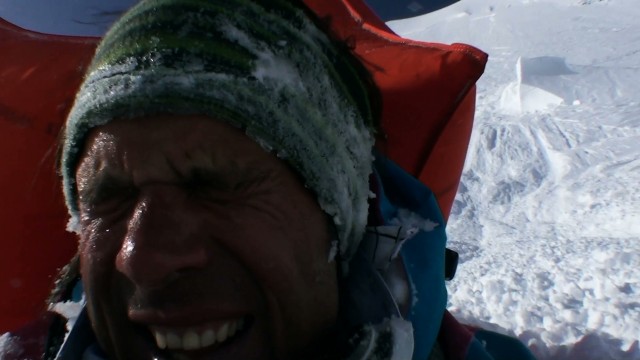 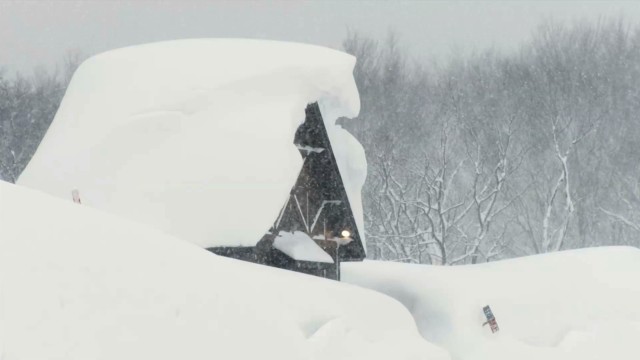 Skiers have never seen a film like Trés Bonne Équipe. Maybe because there has never been a pair of connected-at-the-heart pros like Kaj Zachrisson and Sverre Lilliquest. They are indeed a “very good team,” partners in business and life (no, not that way), the kind of free skiers whose exploits and jet-setting lifestyle we admire.

Using contemporary and archival footage to cut between interviews, serious big-mountain action, subtlety and hilarity, director Henrik Rostrup, no stranger to the genre, confirms the virtues of the pro-skier life we’ve all wished for. But he also introduces us to something equally elusive and similarly coveted: the deep and caring friendship shared by Kaj and Sverre. If this sounds maudlin, well, you’ve missed the point in living and should stop here. If it sounds intriguing you’ll want to see how two Swedish childhood soul-skiing buddies rose through the racing ranks and onto the Dual-slalom Pro Tour together, then decided—also together—to jump into the new milieu of freeskiing. Polite and positive, understated and unique, one crazed the other quiet, the bond that forms between the two is a key ingredient in propelling both to the loftiest echelons of achievement, respect and longevity in a sport that otherwise goes through heroes like toilet paper.

Like most Scandinavian films, this one relies on detail, sharp editing and never overwhelming music to tell the story; the action, at times mind-blowing, stands simply in support of the story. More importantly, the filmmaker doesn’t imprint his take, letting real interactions do the talking. Trés Bonne Équipe is a treat, a rare story about two rare individuals who manage to be both superhuman and super human on and off the screen. And in the same manner as the two subjects, you can’t help but instantly like it.